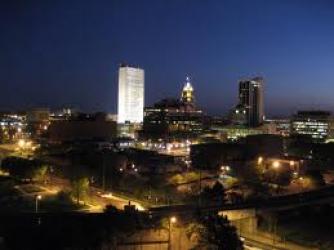 The Three Rivers section, from Ft Wayne, Indiana was formed in July of 1972, and gets it section name from the convergence of the St. Joseph and St. Mary's rivers, forming the Maumee River.  Our section is not very diverse, we all drive Mercedes-Benz  :-)  LOL.  Ft. Wayne's name is credited to Gen. 'Mad' Anthony Wayne,  in 1794 a fort was built in his honor; twenty-two years later Indiana officially became a state.  Ft Wayne is known as 'the city of churches', also the television was invented in Ft Wayne by Philo Farnsworth.  Actress Carole Lombard is from Ft Wayne as is Shelley Long "Diane Chambers" from the TV show Cheers.  The Ft. Wayne Komets hockey team has been feared by its competitors for over 50 years and has won numerous league championships.  Fred Zollner, who was the founder of the NBA, had a basketball team(Zollner Pistons) and were quite successful...the team was later sold to Detriot, which is now called the Detriot Pistons.

The Mercedes-Benz Club of America has over 80 local sections... Click here to see all of our local Sections >>